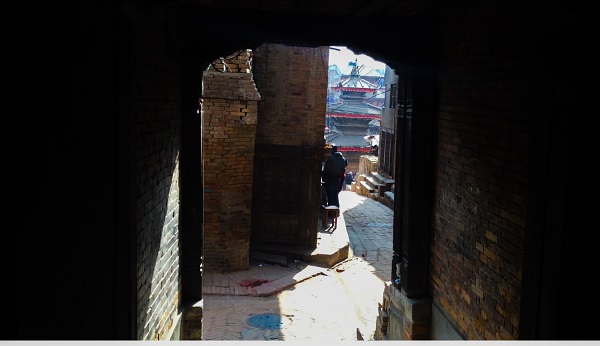 Bhaktapur city is known for its history and culture. This city has got more than one thousand years old history. AS a sovereign Kingdom till 1768, the city was ruled by glorious Licchavi and Malla Dynasty.

The secret exits and open squares are the the outcome of habit of local people to live in close proximity with the neighbours.

The exits are still used by the local people to avoid crowded market street or to make short cut commute.

Optionally, visit one of the local family kitchen to learn cooking Newari Dishes. Take home the secret of magical aroma of the Newari food .

Follow your guide. Discover thrilling dark tunnels which are designed for secret exits during war. Explore exquisite corners of streets and squares full of temples, ancients Newari houses and traditional life going on. The children and the old folks you meet across the squares will greet you warmly. We provide a cultural expert guide from this ancient city. Listen to this Authentic guy. They are the mouthpiece of the ancient tales in the city. optionally, you may join a local family for delicious local Newari cuisines. We can organize your lunch or dinner at a very friendly professional Newari family where you will learn cooking as well.....Don't suppress your urge to lick your fingers!!!!!!!!

The Trek Cost Includes:
-- an English speaking cultural expert as your private guide
-- a bottle of water for each pax
-- Newari Bhoj in Lunch- Bhoj is festive food typical to Newari people in this area. This set of food samples the best of Newari cuisines and hospitality. It includes: flattened crispy rice, pan cake, lentil cake, different meat item of water buffalo ( some of them may test your guts!), locally available vegetables, king Curd, rice beer or whisky

Hari, the owner of this company, led us through the streets of Bhaktapur. He has explained every single fact and was able to answer our questions. We ... 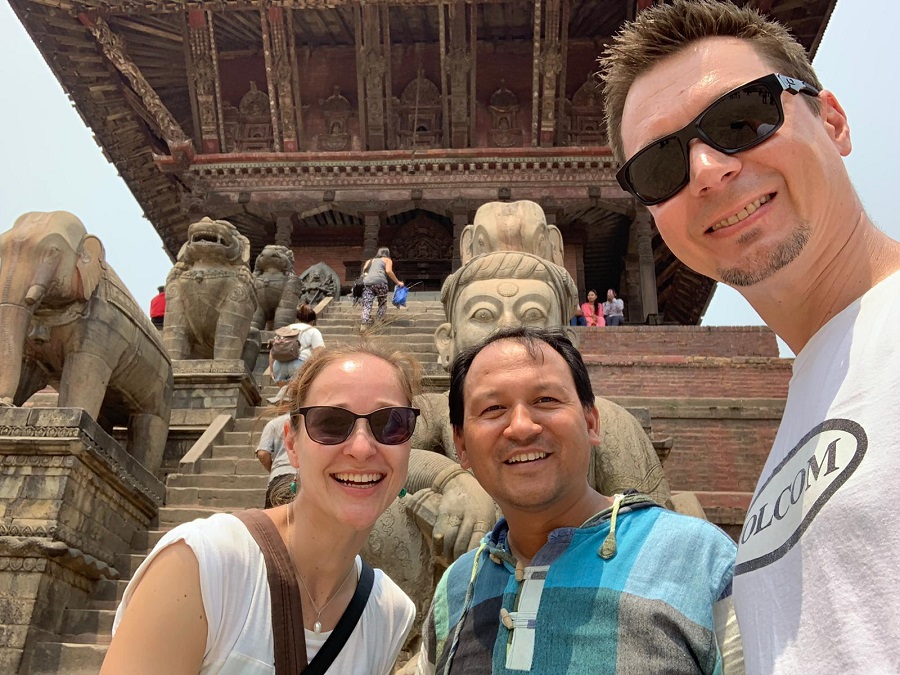 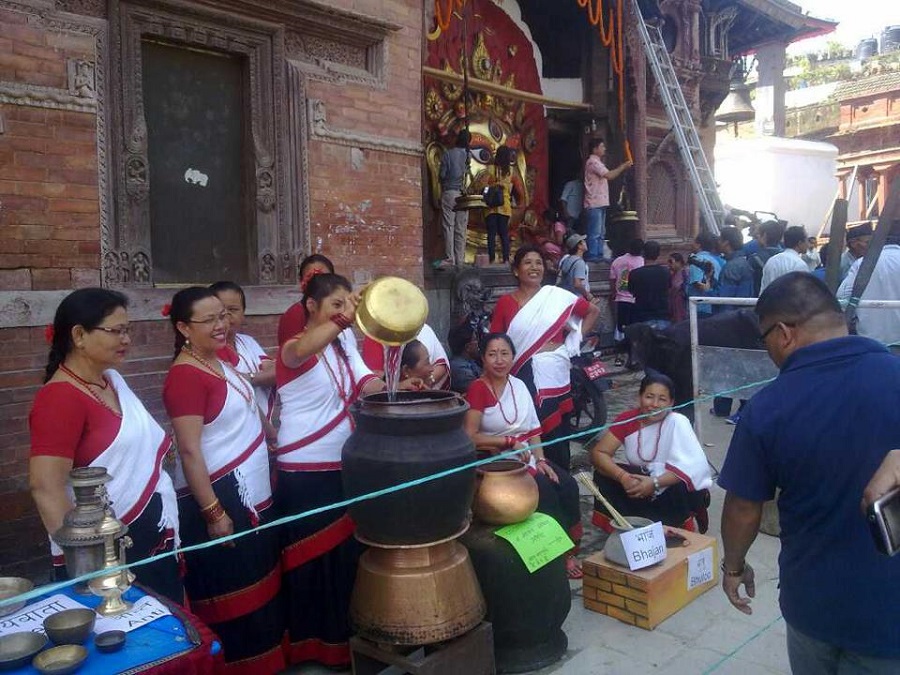 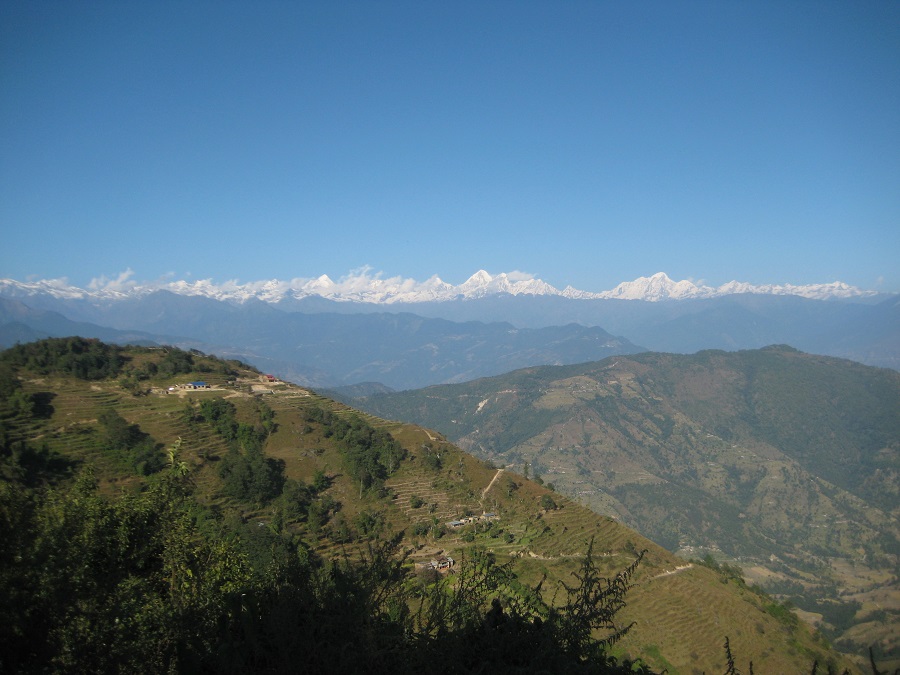 the best suitable route for people who prefer rural environment but at the same time prefer proximity with modern city and its facility so that that they can jump down back to feel sophisticated whenever they feel like. 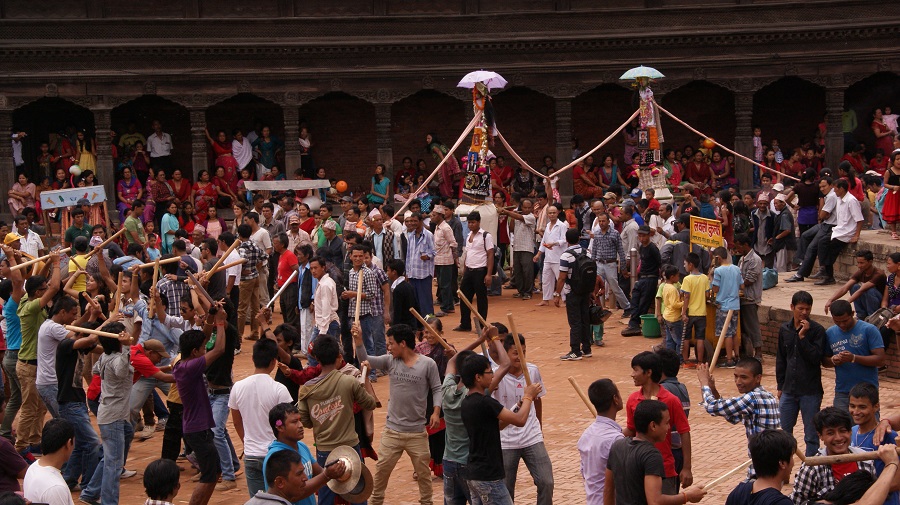 Be a part of Gai jatra festival in Bhaktapur. Join the carnivals of dancing, singing, mirth & laughter, on the street of Kathmandu Valley.