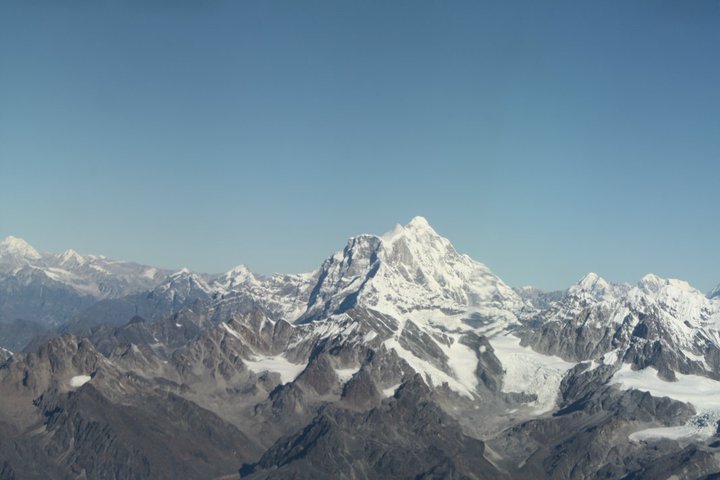 Everest Mountain Flight is one of the best one hour flights in the world. This flight takes off and land at Kathmandu airport every day in the morning.

Of the fourteen peaks higher than 8000 meters, eight of them are located in Nepalese boundary. As we take off, the first one you will notice is the 8013m high Shisha Pangma, the 14th highest mountain in the world, which is actually located in Tibet, a few kilometers from the border. Then come a series of several smaller peaks beginning with Dorje Lakpa (6966m) which looks like the figure eight and is located on the eastern edge of Langtang National Park, followed by Phurbi Ghyachu (6637m) on its right, the 5970m Choba Bhamare which still remains unconquered, Gauri Shankar (7134m) named after Lord Shiva and his consort, Melungtse (7181m) all part of the Rolwaling range, Lhotse (851m), Nuptse (7861m), Pumori (7161m) and Mt. Everest (8848m).

Capture each scene as they flip one after another. You also can take a chance to go to cockpit for different view.

Early in the morning, find your private car waiting for you at your hotel. We pick you at 5.30 am. The flight takes off for Mt. Everest flight from 6 am onward. It is an hour flight. You can still make your day trip after the flight.

The Trek Cost Includes:
-- pick up and drop from your respected hotel
-- One hour's Mt. Everest Flight fare

The Trek Cost excludes:
-- In case, the flight is cancelled due to weather factor, there is full fare refund policy. However, if the passengers fail to arrive at airport on time, or for last minute cancellation, (12 hours before the flight) there won't be any refund or compensation. For what ever the reason, if the flight is interrupted, the transportation cost will not be refunded. 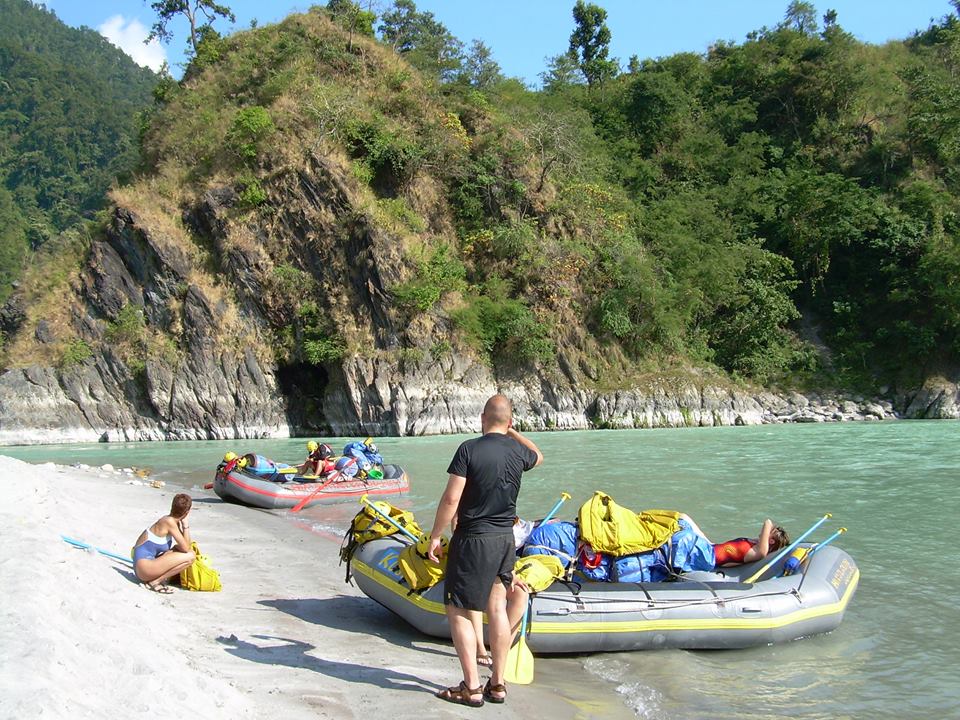 the most popular and viable river water rafting for all ages and caliber. Best combined with trekkings, tour and Jungle safari in Nepal

Jungle safari in Chitwan National park is a beautiful combination you may choose to extend with Nepal Treks and Tours. Depending on your time, budget interest, it is possible to combine jungle safari in one of the following National Park. 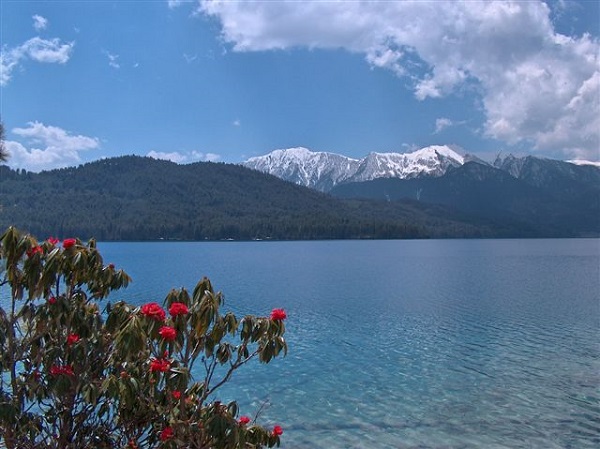