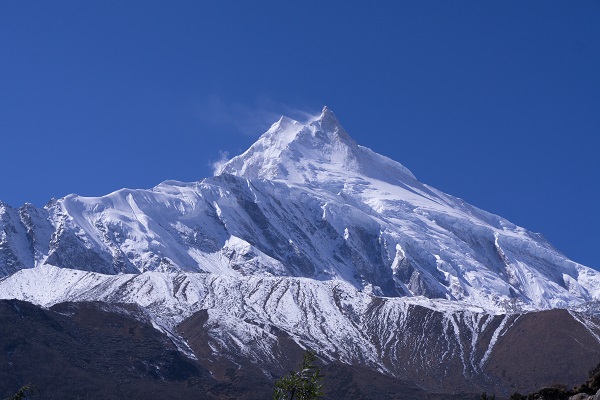 The highest mountains of Nepal

8 out of 14 above 8000m mountains lie in the territory of Nepal. This amazning fact adds charms in the mountain tourism of Nepal. More interstingly, these highest mountains of Nepal are all clustered within 600 km range of Himalayan Belt.

Mt. Everest tempts everyone specially those who like trekking in Mountain.  This world’s highest mountain standing 8,848 metres (29,029 ft) tall is also known as the roof of the world. Owing to its odd location and geographic contours, Everest region has fostered an exotic Buddhist Sherpa culture. Numerous Chortens, Monasteries, life style, beautiful mountain views and flora/fauna attract thousands of travelers from round the world. Including Everest expedition, Everest base camp trek, Gokyo lake trek, three high passess trek are the few of life changing experiences one can do here.

In the vast snow land stretched in the northern Nepal, if you roll your eyes all the way from east to west, Kanchenjunga ( 8598m) is the first mountain of Nepal having above 8000m height – the world’s third highest mountain.

Kanchenjunga area comes under popular selection for those who are looking for less busy trekking route. Obviously, being one of the restricted area for tourist activities, Kanchenjngal is still untouched and truly a pristine mountain zone. Miles away from the urban settlement, Kanchenjunga offers serene natural environment where the life is basic but the style is truly human.

Beside the mountain people, Kanchenjunga a dwelling place for Snow Leopard, Lophophorus, Musk Deer, Blue Sheep and even legendary Yeti  to name some.

Lhotse (8,516), the fourth highest mountain of the world, is situated next to Everest. Its long east-west wave can be spotted to the south of Mount Everest. They are so closed that their summits are connected by the South Col. Lhotse Shar and Nuptse are its two subsidiary peaks lying east and west of the main summit respectively.